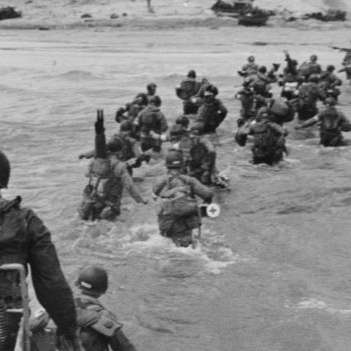 General Dwight D. Eisenhower called it “the Great Crusade, toward which we have striven these many months”, and remained the Allied soldiers that “The eyes of the world are upon you”. And indeed they were – the eyes of the Fascist regimes in Germany and Italy, of the Allied Soviet Union, of the Japanese foe in the Pacific, of occupied peoples everywhere. In this episode, Ken and Glen discuss how monumental an undertaking was the invasion of Hitler’s “Fortress Europe” – and how catastrophic failure would have been.

Then Again with Ken and Glen is produced by the Cottrell Digital Studio at the Northeast Georgia History Center in Gainesville, Georgia. Visit www.negahc.org to learn more.